What does WebRTC do?

WebRTC is a technology that facilitates a direct, secure, and real time connection between two devices, avoiding passing through a server. It negotiates the shortest connection between the two devices. When both devices are on the same local network that means that the data isn't leaving that network.
It was designed primarily to magically enable video and audio connections between browsers, but can handle other types of data as well.

How is a connection established?

For two devices to speak directly to each other without passing through an intermediary server, they need to find out some details about one another. Most devices are hiding behind firewalls and NAT boxes and don't even know their own IP. This signaling happens through the Freedom Robotics API and using STUN servers. These temporary connections are different from the actual media packets that will get sent between the two peers (the robot and the Pilot browser). Let's take a look at how this signaling happens with Freedom Pilot: 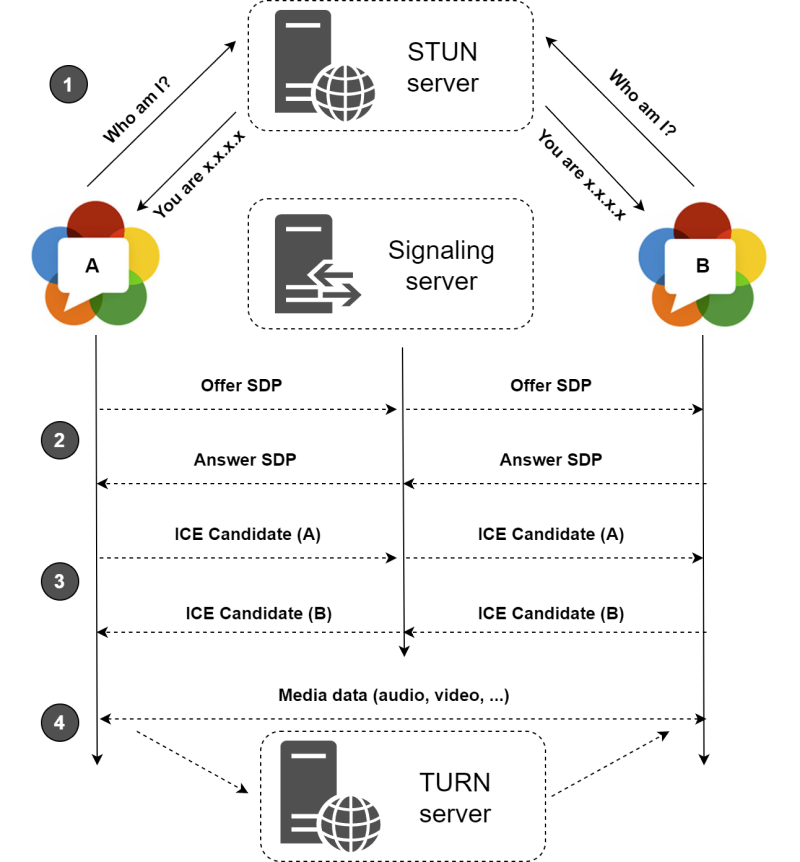 The STUN and TURN DNS addresses that should be passlisted in the firewall are:

Updated over 1 year ago